OFFERING ONLINE THERAPY
Due to the recent surge in COVID-19, people are asking about my online and tele-therapy options. I offer HIPPA compliant Video Sessions for simple and secure session for for all new and returning clients. No download required. Please contact me for more information or if you would like to schedule an appointment or consultation. Thanks you!

Telehealth Services Information Update 4.1.20 In response to the coronavirus pandemic, I want to make sure that people know that I a...

We all live busy lives, but finding something – even a small something – that we find enjoyable, is important to function to our fullest potential.  Some people find this enjoyment in the form of sports, others in music; some find they simply need to “veg out.”  I have a few different methods myself, most of which do not involve writing.   My daughter, Sarah, is constantly on the search to find new, small things that keep her occupied in search for this “happiness break.”  Her quest most recently leads her to snatch my copies of Psychology Today and now she would like to give her hand at writing, which is why this post will be hers.   Greg C. 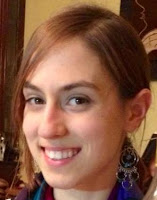 By Sarah Carpenter
Happiness is addicting.  We want it, we crave…we need it.
Nothing feels better than that spike in our dopamine levels (a.k.a. the “feel-good” chemical).
It is not exactly a well-kept secret that an increase in happiness is associated with higher salaries, improved physical health, and a growth in creativity. People simply do not function to their fullest potential when they are unhappy; although, ironically enough, the pursuit of happiness leads to quite the contrary outcome.  Do people really know what makes them happy? Most of us like to think so.  If that were the case, however, why are there not more people satisfied with their lives?
Recent studies show that the small life decisions people tend to make in order to avoid negative emotions may actually prevent them from achieving a certain level of happiness.  For example, people tend to ignore their curiosity of new activities and settle for their usual routine.  It’s worked for them long enough, why risk an unpleasant experience? According to Kashdan and Sterger (2007), however, individuals who acted on their curiosity were more likely to express satisfaction with their lives.
Exploring the unknown often causes minor states of anxiety causing people to avoid basic changes to their routine.  This outcome is completely understandable because common sense tells us to try and appease our anxiety.  However, while this temporary state of discontent may lead to a positive, long-term outcome.
Think “that which does not kill me, makes me stronger.”
I experienced this for myself during finals week, my sophomore year of college.  Every week was so similar to the last that I would become irrationally annoyed at a friend for not knowing my schedule.  I once snapped, “No, I can’t go.  It’s Thursday – every Thursday I go to the gym at 5:30, grab dinner at 6:30, then go to dance until 10 pm.” (As if everybody should know my obsessive need for scheduling).  Friday nights usually consisted of homework, the gym, and maybe a movie with I needed a break.
One Friday, however, I went from my last class of the week to lunch and then into Boston for a baseball game.  This change in schedule left me twitching; I spent the full week beforehand trying to convince myself that it wouldn’t be a miserable night (although, I didn’t even like baseball…how fun could it have been?).  But I was curious. I almost backed out of the plans several times, but I just kept thinking, “what if it’s fun?”  So, strictly to appease my curiosity and indulge my sense of adventure, I went.  In the end, it was fun.  It was windy and cold and the game lasted far longer than it should have.  But it was fun. It was different.  And so a new routine formed:  trying something different on my free days.
The most important thing to keep in mind when trying to be happy is to stop trying.  The worrying and the planning only cause (at best) no or minimal increase in happiness or (worse) further distress in the long run.  So instead of worrying that if you sit outside too long, you won’t catch the movie you wanted to watch, just enjoy the moment.
Posted by Greg Carpenter at 10:10 PM